A Teachable Moment c/o Donald Trump: How to Really Succeed in Life and Work 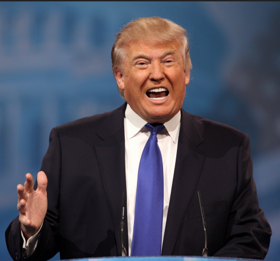 I was at O’Hare Airport hurrying along a crowded corridor on my way to gate B 5 when I heard a mom say to her little boy, who was having a sit-down-on-his-butt screaming tantrum, “This is not the way we behave.” That moment, that teachable moment, made me think about Donald Trump and how he behaves, because maybe this is a teachable moment for all of us in America.

We have seen how Donald Trump has risen in the Republican Party with an angry, divisive message. And although he has tapped into a very powerful vein of legitimate unhappiness, the raw way he expresses himself has been shocking and deeply disturbing to many people. “Lock her up!” “Get him outta here!” “I wanted to hit a couple of those speakers so hard… I was gonna hit this guy so hard his head would spin and he wouldn’t know what the hell happened.”

This may be the unvarnished, authentic way some people talk to each other, but the crudeness and the meanness of it causes even formerly ardent Republican “soccer mom” friends of mine to turn off their TV sets whenever their children are in the room and Trump is on the screen.

In the business world, it is generally accepted that a positive, respectful culture in a workplace is crucial for success. The leader, the boss, the manager sets the tone. Where there is a positive culture there can be a healthy flow of ideas and the company does better. The way people treat each other, including encouraging engagement, inviting different perspectives, learning from people with diverse backgrounds, and at the very least, treating everyone with respect, is important for a successful workplace.

As an executive coach, I work with people who are not playing well with others. They are sent to work with me by their law firms, by banks, or other companies, or they are self-referred because they want to be successful in their careers. We work together to improve their skills as leaders and managers. We work on emotional intelligence and strategies for creating productive, collegial work groups. We talk about how to lead by example so that the work group can be more productive.

In stark contrast, these are just some of the ways Donald Trump treats people: he demeans a gold star family, he makes fun of a disabled reporter, and he encourages violence if he cannot get his way. All of this runs counter to the way of behaving in the work world we teach our kids so that they will be successful in life. You shouldn’t expect to get what you want in life by having a sit-down-on-your-butt temper tantrum, by demeaning other people, by belittling, taunting, bullshitting or bullying.

Donald Trump would have been fired from any job he might have had if he acted the way he does on the campaign trail. The only reason he has not been fired is because he is the boss of his own enterprises. Anyone else acting this way would have been out of a job long ago.

Americans, even people who used to be excited about Trump’s candidacy, are turning away from him. He is losing market share and damaging his brand. And it’s not just his gaffes or policies that are changing people’s minds. It’s the way he behaves. It’s what he says and how he says it.

We tell our kids to treat others with respect. We tell them to do their homework and pay attention to the facts. We insist that they talk to us and others in a civil way. We do this so that they will be successful in life and at work.

Trump’s campaign does not currently look like a successful venture. As of now, he is not going to win this election. It is reassuring to know that the values and lessons we work hard to instill in our children are good ones for everyone, including grown up politicians.