Handling the Shock of the Presidential Election

As a career counselor, I don’t normally write about politics, but these are unusual times, and I felt that it was important to share my thoughts. I know that my views won’t align with those of some of my clients, but I wanted to write this precisely because so many of my other clients are very upset and anxious about what this election may mean to them personally and to the country.

This presidential election has left many of us shocked, upset, and worried. 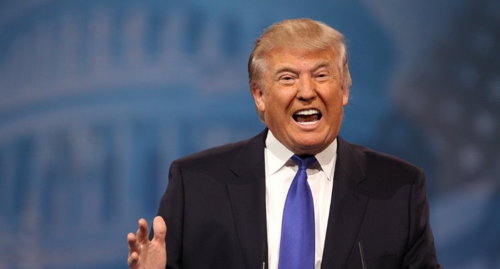 Psychiatrists and psychologists are seeing an upsurge in depression in the wake of this election. Part of the shock is the result of polls that were so wrong. In the span of a few hours as the returns came in, the Trump effect melted away Clinton’s hopes and the hopes of most Democrats for the further development of a progressive agenda in our country. But it is more than that.

In my office building, riding on the elevator, there have been a number of occasions where fellow passengers, seeing the Hillary Clinton pin on my coat, started a conversation about how upset they are, how they cannot sleep at night, and how they are fearful of what is going to happen in this country.

Tammy Duckworth, our newly elected junior Senator from Illinois, reported that the day after the election she was out in the city of Chicago to thank her voters and many of them came up to her crying and asking her for reassurance and a hug. They expressed their fear to her about what Trump would do as president.

This is not a normal response to an election. If any other Republican had won, people would not be this fearful and disturbed.

Trump has used extremely divisive and harsh rhetoric that has ignited the alt-right and KKK. Based on his picks for cabinet posts, he has made a deal with right wing Republicans. He will enact their agenda despite his populist rhetoric on the campaign trail, while they will look the other way when it comes to his ethics violations, and even perhaps, his collaboration with Russia to win the election by hacking the Democrats and disseminating false news, fake news, and WikiLeaks dumps to excite and distract the media.

Trump’s win has shaken our values and beliefs to the core. His actions and words go against so much of what we teach our children about how to behave to succeed at work and at home. We tell our children not to insult, cheat, or lie, and to follow the rules and avoid even the appearance of impropriety. Trump does not follow the rules. He insults, he cheats, he lies, he refuses to release his taxes, and he is unwilling to divest himself of his business interests. This is a clear violation of the Emoluments Clause of the United States Constitution which forbids the acceptance of gifts to a president from a foreign government. The remedy is impeachment. He doesn’t care.

Trump admires Putin and other dictators and demagogues. There are serious questions and concerns about how much the Trump campaign may have colluded with the Russians, a hostile foreign government, to win this election. What was Trump appointee, General Michael Flynn, doing on the phone talking with operatives in Moscow the day before Obama sanctioned the Russians? What are his financial ties or debts to Russian oligarchs? He refuses to reveal his taxes to the American people. What is he hiding?

John Lewis has decided not to go to the inauguration and has said he does not believe that Trump’s election is legitimate. President Obama has urged us to take the long view. He says that we should give Trump a chance, because if he succeeds then we all succeed. While it is good to be open-minded, we should not be naïve. Trump is poised to become the first leader of our country who could alter our government by changing it into what is termed an illiberal democracy. Democracy relies on cultural norms of compromise and civility and many of these norms have been weakened by strident rhetoric as well as a refusal to play by the rules as evidenced by some congressional Republicans. For example, Republicans broke with tradition and norms by refusing to give Obama’s eminently qualified Supreme Court pick, Judge Merrick Garland, so much as a hearing.

In illiberal democracies there is a so-called popular vote to elect the leader but it is usually a sham because it is accompanied by the loss of freedoms and rights that are the hallmarks of a true democracy, including the loss of free speech, the right to assemble and dissent, and the loss of other freedoms we have enjoyed in our country since it was created.

The free press is usually the first casualty. News becomes mere propaganda rather than accurate and informative. That could happen here because Trump uses Twitter to avoid exposing himself to the press and their penetrating and uncomfortable questions. He tells his followers not to believe the mainstream media, and demands that everyone accept his version of reality. He has chosen to install Steve Bannon in the White House, a notorious purveyor of slanted news and misinformation. He surrounds himself with surrogates who apologize for his every move even if his action or statement is patently ill-advised. His many trolls on Twitter act like a mob, defending him whenever he is criticized. In a true democracy, the President is always criticized. It is a First Amendment right that our press should exercise. But Trump is very thin-skinned, and he retaliates against people who say negative things about him. We will need to support journalists and newspapers that are reliable sources of information so that they are not compromised or shut down. And there is more we can do.

One of the best ways to deal with worry or concern is to get active and “become the change we need.” Rise up! Join Indivisible, a group that is planning to push back against the Trump agenda using the very effective tactics developed by the Tea Party. Join and get active with local groups online and in your own community. Write letters and make calls to Congressmen and women, both Republicans and Democrats, to insist on decency and fairness and initiatives that help all Americans. A public outcry can make a difference.

This election has been a wake-up call. For some of us it feels more like we woke up in the middle of a nightmare and can’t get back to reality. Cherished institutions and beliefs, including civility and honesty, ethics, fair treatment, and truthfulness that are the hallmark and bedrock of our democracy and our workplaces, will be tested by this incoming administration.

Stay vigilant. And reach out, across our divided country to listen and care about other Americans no matter who they voted for. Those folks who think Trump will bring back their jobs in coal country and the rust belt are in for a big disappointment. It looks like they, along with millions of other Americans, could also lose their health insurance as Republicans rush to dismantle the Affordable Care Act without a viable replacement. People who voted for Trump thinking he was their populist hero are going to have a very tough time once Trump and the Republicans implement their likely agenda which rewards the 1% and removes supports and the way forward for everyone else. We are all going to have a difficult time of it if Trump’s many cabinet picks deconstruct the departments they are supposed to oversee, such as the Environmental Protection Agency, Treasury, Education, and many others. In Hamilton the musical there is a line that is relevant for this moment in history: “Oceans rise. Empires fall.” Change is happening in our country. We really might fall. We stand to lose a lot with the Trump administration. But it is not a foregone conclusion that we will. It is possible that Trump will surprise many of us and rise to the occasion as our 45th President by preserving and protecting our democracy. If not, “We the People” can do what has to be done in a vital, thriving democracy: namely participate and get engaged to preserve and protect the values and norms that make our nation the envy of every other nation on Earth.