Trial by Error: Failure as a Powerful If Painful Teacher

How do we learn to do something right? Very often it is through trial by fire. We learn from our mistakes. And when we start a job, we often do make mistakes. It is not a great experience. In fact it can be pretty upsetting. 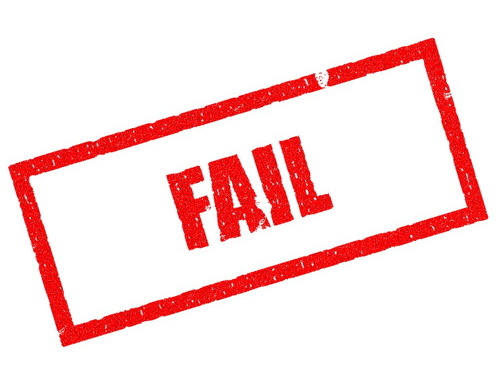 I graduated from Temple Law School and started working as an Assistant State’s Attorney in the juvenile court system in Philadelphia in the late 1970s. The first day I came to work, nervous about what was going to happen, Harry Tischler, the division chief, welcomed me and then handed me a stack of about twenty files.

Just because I had graduated from law school didn’t mean I had ever tried a case. I had not. And I had no idea what to do, no time to prepare the cases, and no time to talk with the witnesses. Nothing! When I said that I could use some ideas about how to try a case since I had never done it before, the chief said, “Ask the cops. They know what to do.” I almost bolted from the building, but instead I walked down to Judge Brown’s courtroom on the first floor, opened the door, and went in.

Most of the cases had to be continued because a witness was missing, which was a relief. The court clerk set a new date and everyone involved in that case left the court. But there was one matter that was set for trial that day and all of the witnesses were there. The judge banged her gavel and declared that there would be a fifteen minute recess before the trial would begin.

“Are you ready, Counsel?” she demanded, peering down at me over her reading glasses from behind the elevated podium where she sat.

Gamely, I answered “Yes, Your Honor!”

That was a big fat lie. I wasn’t ready and I had no clue how to get ready in fifteen minutes to try the first criminal case I had ever tried in my life. I cornered the police officer who was going to testify in the case and tried to pick his brains.

He did his best to give me pointers. And then the judge was back and the gavel banged. Court was in session.

I did my best to put in the evidence. It was a case involving a high school teacher and a student. The teacher kept the student after school because he had been disrupting the classroom. She had him stay in her classroom in detention while she was writing on the blackboard. As she was writing, she was hit with a chair that was thrown at her by the student. She fell to the ground with a gash in the back of her head. She had to be rushed to the hospital. Her recovery took months.

This seemed like a straightforward assault and battery case, so I did what anyone would do who had watched TV shows about law and order. I called the teacher as my first witness, and I asked her questions. When I asked a leading question, the public defender objected and the judge instructed me to ask a different question. She even tried to suggest a question or two when I got stuck. I learned not to ask leading questions.

Things were going along pretty darn well until it came time to establish that the young man at the bar of the court was actually the person who had thrown the chair.

“Do you see the person who threw the chair at you here in court today?” I asked the teacher.

“I don’t know. I had my back turned to the classroom while I was writing on the blackboard. All I know is that I blacked out and woke up in the hospital with a gash in my head.”

“How did you know you had been hit in the head with a chair?” I asked her.

“Because that’s what people told me at the hospital,” she said.

Of course that caused the public defender to jump to his feet yelling, “Objection! Hearsay!”

I will never forget the judge hissing at me, “Go to sidebar, counsel!” She was enraged. “You call yourself a lawyer? Where is your supervisor? I want a real lawyer in my courtroom! This is an important case and you do not know how to do a trial!” Of course she had a point there. I was mortified.

Harry Tishler was summoned by the judge. He came down to the courtroom and reviewed the file for a minute or two. We had a few moments together to talk. He explained how to manage the situation, and even though I offered to have him take over the trial, he refused. “You’ll do fine,” he said. “Just build the circumstantial evidence. Establish that there was no one else in the room other than the student at the time of the incident and that the chair was not fixed to the floor. Establish that this person at the bar of the court was her student and that he was the student she kept after school that day. Establish through the testimony of the police officer that when he arrived, he found her on the floor of the classroom with a gash in her head and found that the chair next to her had blood on it.” I did what he instructed. Harry stuck around until the trial was over and the judge ruled that based on the evidence, the defendant was guilty of a battery.

That day I learned a lot and I learned it the hard way.

When I do work histories now with the many clients I have seen over the years, I am surprised about how many people start out in a job and get thrown into a situation without the chance to learn what to do and what not to do. Of course they make mistakes. Many people have had the experience of trial by error. Those lessons probably stay with us the longest. Failure is a great teacher. I am not saying that is the best way to learn how to do a job, but it is a fairly common experience.

If you are having that experience right now at your job, just remember that you will get through it, and you have a lot of company!