Amazon, the Workplace You Need to Leave Right Now! 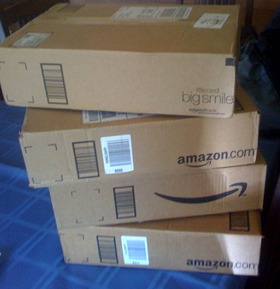 The New York Times exposé of the workplace culture at Amazon has a lot of people talking about whether intense competition and the use of metrics to drive performance is a good thing or a bad thing. On the plus side, Amazon has apparently outstripped other companies in its mission to deliver consumer goods faster and faster. After the New York Times article came out, Amazon stock rose higher. On the minus side, many of the workers interviewed for the article by the New York Times talked about how stressed they are, and about how people in the workplace cry in the bathroom because they are under too much pressure. In this cutthroat culture, people are encouraged to rat out co-workers so that the workplace can become more productive, but some groups conspire to rat out other people so that they can be the last survivor on the island. Amazon set up internal systems to ensure secret feedback about co-workers and requires signed confidentiality agreements with an eye to creating a more competitive enterprise. In short, Amazon seems to have earned the label: “the place where overachievers go to feel bad about themselves.”

There are other workplaces that are equally harsh. I have counseled lawyers for 30 years and many of the stories I have heard rival the stories in the New York Times article. I have counseled lawyers who told me they were expected to work while in labor having a baby. I have counseled lawyers who said they were expected to work even when they were at their father or mother’s funerals. I have worked with lawyers who were expected to put in extremely long hours including many nights and weekends without a break, staying overnight and sleeping on the floor of their offices because that was what committed attorneys do if they want to make partner. Some lawyers told me they could not take vacation time and were faulted for spending time with their families on the weekends. I always stock extra Kleenex in my office for the lawyers who come in to work with me because some of them will spend the entire first session crying.

When did being successful become equated with workaholism? Workaholism is a neurosis and a workplace should be concerned enough about its workers to discourage that kind of aberrant behavior, not insist on it.

Most professional people I counsel already have very harsh superegos. They feel an intense need to work hard and long to be successful. They are driven. The internalized voices that live in their heads already castigate them and demand more and more. They whip themselves up to work harder and longer but the cost can be very high. Alcoholism. Failed marriages. Depression. Anxiety attacks. Drug abuse. How can this be a good thing? And how can a company that encourages this kind of workplace culture be a desirable place?

The good news is that slavery is a thing of the past in our country. People do not have to put up with a workplace that has a culture with this level of stress and pressure. The unemployment rate is 5.3% and new evidence shows that the labor pool is drying up (see Chicago Tribune article in the Business Section, Monday, August 17, 2015, page 3). Employees are going to be able to call the shots in the very near future. When the best and the brightest refuse to work under these conditions and when they leave soul-sucking workplaces that treat them this way, workplaces will change. Workplaces will change because they have to change. They will not recruit or retain the best and the brightest if they do not.