In earlier blogs I have been writing about figuring out the right career path using two simple assessment tools. The first is AIMS and the second is AILS. The AIMS assessment helps you to find the sweet spot for your career and get you heading in the right career direction. The AILS assessment is very useful if you are dissatisfied with your job/career or you want to try to assess whether you are likely to be unhappy with a future job/career. In this post I want to talk about how to match your unique personality and needs with the right career. How do you dig down and find that career direction with the potential to be successful and satisfying for you?   All of this work is based on some degree of self-knowledge. It really helps if you know what you like and do not like, what gets you excited, and what you cannot stand. 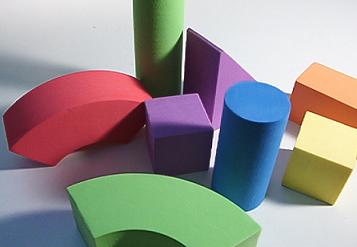 In the last blog I talked about Sara who was in the field of public relations and how she was deeply dissatisfied with her job. After assessing her AILS (Aptitude, Interest, Lifestyle, Self-actualization), it was clear that she needed to find another job and perhaps another field altogether. How should she figure out that next career move? A very useful tool is something I call Essential Elements. It is an assessment of what you personally need. These are your building blocks for a satisfying career. Everyone has a slightly different set of needs. It may be that most people want to work with collaborative and collegial people, but some need that much more than others, for example. It may be that many people want to be mentored, but some people need a boss to pro-actively teach them while others would experience a very engaged boss as a micromanager. Different strokes for different folks.

A useful way to find the building blocks you need is through a work history in which you identify every job you have ever had, paid or unpaid, and include your experience in school as if it were a job. For each job or position you list everything you liked and disliked in great detail. What emerges are recurrent themes. These are the elemental building blocks of your career: what you need to have and need to avoid in your work world.

On the list of things she hated and wanted to avoid, Sara identified the following:

How did we find a match up? We started with her interests. Sara had been on the track team in high school and her events were the 400 meter and high jump. She loved running and she had done work with a not-for-profit that supported young girls who were interested in running. She had also been involved with Big Brother/Big Sister. The mission of the not-for-profit world was very interesting to her. When she talked about doing that work she lit up. She also liked the students she had met who got involved in the not-for-profit sector. They seemed down to earth with good values and a sense of purpose she admired. When she imagined getting up in the morning to go to work for a not-for-profit, she liked that idea.

She found job postings on Indeed.com that resonated with her. She did not apply immediately, but used them to gauge her interest in the jobs being described. Most of them were in the not-for-profit sector. She wanted these jobs and could imagine doing this work and enjoying it.

She did informational interviews with people from her college who were working in the not-for-profit sector post-graduate to be sure that what she was looking for could be found in that sector. What she learned in part was that the particular workplace mattered a lot but that the jobs she heard about appealed to her a lot. In addition these jobs and workplaces were matching well with her template of elements.

When it came to the things to avoid, such as bad bosses, she learned that because not-for-profit workplaces were generally less intense, and had no billable hour requirements, there was less overt pressure on the manager, boss, or staff, which meant that they were generally more relaxed places. The stress came from deadlines for projects but that could usually be managed by staying well organized.

Sara decided to move into the not-for-profit world and that set the stage for a transition from public relations to not-for-profit where program development and project management were the skills she needed to showcase to land opportunities in this sector. In the next blog we will talk about how she was able to make that transition and how to transition your own career if you ever need to do so.