How to Have a Difficult Conversation

How to Have a Difficult Conversation

Having a difficult conversation with someone is hard to do and extremely hard to do productively. 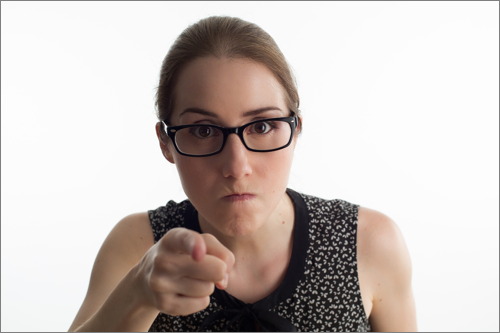 What is a difficult conversation?

It’s the conversation you need to have when the topic is uncomfortable: asking for a raise, discussing a mistake, saying “no” to someone who wants you to say “yes,” disagreeing with someone. Tough conversations come in many varieties.

Why are they so difficult?

We all have fears and vulnerabilities. Feelings get evoked that affect self-esteem, or touch off anger, or touch off a sense of being mistreated or disrespected. Blame rears its ugly head. There could be negative consequences at work if the conversation does not go well. People fear a loss of status, even job loss. Given the potential negative consequences, many people try to avoid difficult conversations altogether. But often that means important problems in the workplace do not get resolved, and the same mistakes are made again and again because they were not adequately addressed. It would be far better if people could use a few helpful rules that make tough conversations productive instead of destructive.

First: Understand the components of a difficult conversation

Most difficult conversations include these components:

Second: Understand how meaning is conveyed in a conversation

About 55% of communication is body language and 38% is vocal. Gestures, facial expressions, body language, posture, tone of voice, volume, and pitch are all a large part of the messaging. The words we speak convey only 7% of the meaning. We need to be aware of the way we convey information.

Every difficult conversation has three stories or vantage points that can be thought of as perspectives: my view, your view, and the description as if viewed by a neutral third party. The first two perspectives are biased because they represent one person’s self-serving story. Most of us tilt reality in our favor. We tend to forgive ourselves or ascribe blame to someone else. But when it comes to having a difficult conversation, if you start out with your biased viewpoint, the conversation will not go well. Start the conversation using the perspective of a neutral third party, as if you are a reporter describing what is evident.

You failed to send an important document on time to the client for his signature, the client missed a crucial deadline and had to pay a penalty fee as a result. The angry client calls your boss to complain. Your boss calls you into her office and reams you out. However, you discover that the reason the document was not sent on time was that the new document system you relied on was set up improperly. Your colleague was the one who set it up. Other documents are going to be late as well because the system is flawed. You are very upset. You need to have a difficult conversation.

Start from the perspective of a neutral third party.

“Our new filing system has a glitch and because of that our client did not get a document on time and had to pay a penalty. We need to fix this so it doesn’t happen again. Help me understand what we need to do.”

“I am really upset about the way you programmed the new document system. Because of your incompetence I got blamed and the client paid a penalty fee. What do you have to say for yourself?”

With a difficult conversation, emotional content bubbles up that is not expressed outwardly. This unspoken internal dialogue impacts the conversation but no one talks about it. Embarrassment, shame, righteous indignation and other intense feelings get activated. We engage in the psychology of self-defense: sarcasm, anger, and blame. Remember the Saturday Night Live skit where the irate pundit trades insults with the female talking head? “Jane, you ignorant slut!” Once our internal emotions are stirred up and slosh over into our conversation, it’s no longer productive.

Fourth: Follow these guidelines for having a difficult conversation

It may not be possible to have a productive difficult conversation with everyone. Some people are not mature enough. Shaky self-esteem, narcissism, and other emotional problems can make it hard to have a tough conversation with some people. But if you have a reasonably mature colleague, here are five guidelines to use.

1. Be Curious
A simple shift in mind-set can change the tone of the conversation. Say: “Help me understand,” “I’d like to know,” “I’d like to learn.” All of these openers give permission to the other person to explain and learning can take place.

2. Abandon Blame
Do not argue about who is right. Blame sabotages the conversation by getting people into self-defense mode. Focus on contribution. What can you own up to that contributed, even if it was a small part of the problem? Take ownership of any part you played, so that others will “fess up” too. The result is greater transparency which will help improve the process.

3. Do Not Assume You Know the Other Person’s Motives
Be skeptical about your own good intentions and actions. Give the other guy the benefit of the doubt. Do not start with pre-conceived ideas.

4. Be Empathic
Monitor your own feelings (e.g., “I feel embarrassed about missing something others think is obvious. I am failing at my job.”), or anger (e.g., “I am not appreciated!”), or other emotions. Understand the probable feelings in the other person, including shame, guilt, anger, and more.

5. Acknowledge Other’s Feelings
If people have their feelings acknowledged it helps diffuse their anger. “You must be upset. I am sorry you have to deal with this after all you did to make the system work.”

These five guidelines arm you with the right attitudes to have a good talk about tough things. If both people have these attitudes, the conversation will go well. Even if you are the only one with this mind-set, the conversation should go well if the other person is reasonably mature.

Even if you are tempted, never have a difficult conversation by e-mail or on the run. It will not create a lasting positive result.

Have difficult conversations in a productive way to build a better workplace.