Learning How to Delegate

“I can be drowning in work at times but I’ll still hold onto projects that I should be giving to my associates. You would think that I’d be able to help myself out by giving my work away to other people. I know it’s nuts. I drive myself crazy trying to do too much.” 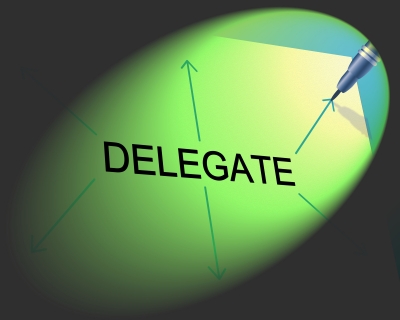 Mike had asked his firm for executive coaching so that he could learn to delegate better. As a partner, he was successful at bringing in business and maintaining a high level of performance, but associates complained that he was not bringing them along and that they were underutilized, while Mike complained that he was overwhelmed and occasionally on the verge of burnout.

Life in a law firm is always pressured. Time is a precious commodity. If a lawyer can free up more time for herself by delegating appropriate tasks to support staff and associates, she can really benefit. Delegation frees up time for a senior lawyer to do those tasks requiring greater expertise and judgment, as well as time to originate business. Even more important, delegation can create breathing room: time for family, friends, and self. Recreation is about recreating a sense of purpose, commitment, and personal connectedness so that burnout does not interfere with productivity. Of course recreation is also about fun, and fun shouldn’t be a dirty word. Let’s face it, delegating is like a much needed pressure valve on an overloaded dam. If you turn the valve, you can get relief.

Not everyone has an easy time turning the valve. People have trouble delegating to others for a variety of reasons. Mike and I needed to figure out why he was having his particular difficulty and how to create a strategy to solve his problem.

“Let’s say you have too much work to do on a particular case and you are thinking about giving some pieces of the project to an associate or two. What happens? How do you think about it?” I asked.

“I usually tell myself I can handle it better than my associates. I shouldn’t bother anyone else with this problem. Then I get going and I realize that I’ve bitten off too much. After that I get resentful. By that time I figure it’s too late to get someone else involved. I think that I’ll ruin their weekend if I give this work to them last minute. I’ll just do it myself, work all night, get it done, and hate myself for ruining MY weekend.”

What was funny and painful about Mike’s situation was that he understood it so well, but was still unable to help himself by asking for help from others much earlier. What also came out was that he seemed to be running into trouble by waiting too long to assign work because he believed he was the best guy for every job. In addition, Mike was trying to be a “good guy” by protecting associates from his lack of foresight and advanced planning. The result was that Mike had turned into the equivalent of the little red hen who took on too much, got mad about it, blamed himself, and turned into a martyr.

Clearly Mike needed to think and act differently about assigning work. Since he played football in high school, that seemed like a good place for us to start to rework his faulty management approach. I asked him to pretend that he was the star quarterback on the legal team doing the work on his cases. His associates and other support staff were the other players on the team. “Can you imagine what would happen to the team if the quarterback ran all the plays?” Mike got it, of course, and we worked with the analogy some more. If the quarterback ran all the plays, the other members of the team would never get better at their jobs. If the quarterback didn’t hand off the ball until it was too late, the other team members would be at a disadvantage trying to complete the plays. Besides, the quarterback would probably get exhausted and burn out.

I asked Mike to change his approach to management by writing down a daily “to do” list in the evening before leaving work. The list would identify everything he needed to tackle the next day.   He could do the same sort of list of “plays” for each open case. Next, he would go back over these lists and identify every single task that he could hand off to an appropriate associate or support person, putting the player’s name by the item. His job was to complete the hand off right away, telling, emailing, or writing the associate what he expected done, when he needed the task completed, and recording the date of expected completion on his “to do” list. The good news? Football legal management has worked great for Mike. Could it work for you too?