“I‘m supposed to talk with you about why I‘m not performing well.“

I could tell by her voice over the phone that she was not happy about this. Kelly‘s law firm asked her to contact me, an executive coach, to learn how to improve her game. She was a fifth year doing transactional work at a large New York firm. 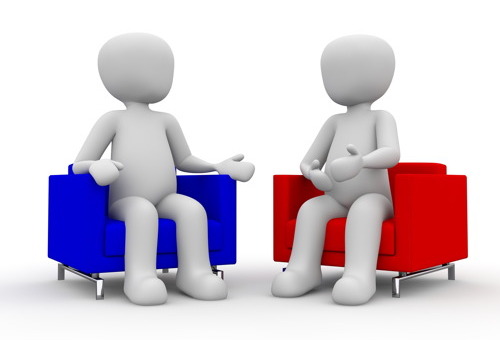 “What do you think is the problem?“ I asked her.

“It‘s not what they think,“ she said irritably. “They think I am not performing at the level of a fifth year, that I need to be more organized and use better judgment, and stop procrastinating.“

“And what do you think is going on here?“ I asked.

“I think they are not mentoring me enough. They are not giving me the support I need to do the job well.“

We discussed her situation in more detail.

Kelly had begun her career at this firm as a litigation associate, but after a year she had requested a move to the transactional group where she felt more comfortable with the role and more interested in the work. She made that transition without losing any seniority, but she felt under pressure to perform at the level of a second year even though she was more appropriately a first year associate. Nonetheless, she worked hard and was gaining confidence at that point in her career, she told me.

After the litigation matter settled, Kelly requested and obtained a return to the transactional group. When she returned to that group, however, there were fewer attorneys in the group. A year had gone by. All of the junior partners had been let go or had left of their own accord. Partners were doing the work that had been relegated to junior partners in the past. Consequently, the partners were extremely busy.

“And a lot more crabby,“ Kelly assured me.

Kelly returned to the group as a fourth year associate. She was also the most senior associate remaining in the group.

She struggled to get up to speed. Faced with a difficult question, or an instrument she did not recognize, or the need to make a crucial judgment call, she would ask one of her two partners for guidance. Very often they reacted to her requests with annoyance, telling her to use her own best judgment. But when she made a mistake after doing just that, the partners expressed their frustration with her.

Her reviews suffered because she was seen as inappropriately unsure of herself.

Understandably, after receiving this feedback, Kelly hesitated to ask for additional help from these two partners, for whom she did most of her work. She tried to get assistance from another partner in the same practice group, but he too was very busy.

Her reviews continued to be negative. Her partners now faulted her for procrastination and a slow turn-around time.

“What do they expect?“ she said. “When I get stuck I have no one to turn to for help. So I just sit here unable to figure out what to do. I feel sort of frozen. When I try to make a decision, I just don‘t have enough information to come up with a solution.“

Kelly‘s dilemma is not an isolated occurrence. With an increasing focus on managing costs, I am seeing many lawyers with similar problems. Some law firms have scrambled to keep associates, moving them into busier practice areas, while reducing the ranks of junior partners. Firms have made these strategic shifts to ramp up productivity and preserve senior partners. Kelly and others like her get into a Catch-22 situation. In her case, she could ask for help and risk being labeled as lacking judgment, or she could avoid asking for help but risk being labeled as a procrastinator. The underlying problem is that she needs more training and education to function well as an associate at her designated level.

What are Kelly‘s options?

Kelly‘s dilemma will probably require that she try to find a tutor/mentor/teacher on her own. She can try her law school professors. At least she could start there. Perhaps a recently retired attorney who practiced the same kind of law would be able to help her. She needs a sounding board for her questions and help developing better judgment. This approach has worked for some of my clients with similar problems.

Large law firms would do well to consider an internship system similar to the medical profession where new graduates could learn the basics, ask basic questions of their mentors and teachers, and gain experience without the threat of a negative review.