What Deflate-gate Has to Tell You about Your Professional Reputation

Deflate-gate is all over the news. Patriots’ Coach Belichick and quarterback Tom Brady are being grilled by the media about what they knew about underinflated footballs used in the play-off game against the Indianapolis Colts. Whether they knew or did not know and what was known when has become the daily churn for social media and main stream media alike. It is likely that Belichick’s former violation of the rules for videotaping sideline signals used by the Jets (“Spygate” 2007) affected the way people have viewed the current controversy. When your reputation is already suspect, there will be greater skepticism about your honesty. What is going on with the Patriots has a lot to tell us about how valuable reputation is and how fragile it can be. 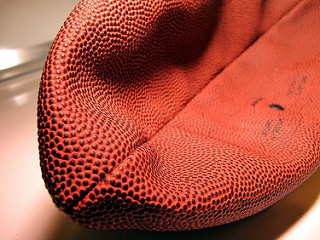 Everyone who has a career also has an image, reputation and brand. Once you realize how important your image is, you also realize how much it matters that you take charge of it, build it and maintain a positive reputation in your workplace, your industry, and in your life in general. Even before you officially start a career, back in high school and college, people form opinions about you that will follow you into your professional life. Are you honest? Are you ethical? Do you take responsibility for the mistakes you make? You want opinions about you to be positive throughout your career. A reputation for honesty and integrity is valuable and it is earned over time. People who interact with you and are treated fairly will remember that. Cheating on exams, cheating at cards, cheating when you play golf, creating fake IDs for classmates so they can buy alcohol- all of your behavior affects the way people see you. Even relatively minor infractions or stupid mistakes can be remarkably hard to overcome.

I am working with a very earnest, socially with it, smart, engaging woman in my counseling practice who is a new graduate from a top law school. She did very well academically at her university and had a good reputation until she decided to take textbooks out of the school library she thought no one would miss and sell them on the side to make a few bucks. She was caught. She confessed. And the local prosecutor brought charges. As a result, she has a record. And when the committee on ethics and fitness to practice law learned about that, she was denied the opportunity to practice law – at least for now. The difference this has made in her life is immense. She cannot get a job as a lawyer even though she graduated from law school with excellent grades and has every other qualification to practice law and become successful. She has to keep explaining what happened and keep trying to reassure people that she has changed.

When I worked as a prosecutor in the official misconduct unit of the Cook County State’s Attorney’s Office and then as an Assistant United States Attorney, I was amazed at the number of smart people in high places who committed crimes even though the downside was very high and the upside seemed minimal. Time and time again leaders we respect and celebrities we admire are revealed to have lost their moral compass and we witness the train wreck that follows. President Clinton, Martha Stewart, Bill Cosby, Anthony Weiner, Eliot Spitzer … the list is long. Rebuilding reputation is a hard road.

Many crimes are committed when a person faced with a choice thinks to himself or herself: “no one will find out.” That is the wrong thought. The highest priority needs to be authentic honesty – honesty with yourself. In moments of temptation to get an advantage by doing something dishonest, the cost is always higher than the benefit because it can cost you your reputation.