Why Your New Job Has to Have a Culture You Like 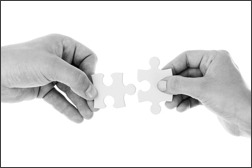 Many job seekers go through the entire interview process to land a job without ever learning about the culture of the workplace they are going to join. Workplace culture is widely variable and unique, and also very important for your career success. The culture of a workplace is a mixture of many elements that include but are not limited to: the boss or manager’s way of thinking about things, his or her attitudes and prejudices about men, women, and minorities, ideas about work-life balance, productivity expectations, communication style, and much more. The culture is also deeply affected by the people already working in that workplace or department. Even something as seemingly insignificant as what is considered funny or off limits can be part of the culture of a workplace. Is it okay to make fun of people or tell jokes that make some people uncomfortable? The culture is deeply influenced by the people who are already there. Are your future co-workers collegial and supportive or competitive and cutthroat? Will people at this workplace teach and mentor, or not? Are people too busy and stressed out to help out? Are people too timid to speak up if the boss is a bully or a poor leader? Workplaces do not come with labels on them. Maybe Yelp reviews would be a good idea. The website Glassdoor.com seems to be one way to try to get this information, but not all places are reviewed and sometimes people have a personal vendetta with a workplace that gets in the way of neutral reporting.

When it comes to workplace culture it is very important that it match up with your own sensibilities. A mismatch can interfere with your career success.

One of my former clients, Molly, is a bright, capable woman in her thirties. She worked as an engineering project manager for a start-up, leading a group of mostly male twenty-somethings. Her work style was very different from the people she was supposed to manage. The workplace team she led consisted of a lot of smart but also sort of snarky guys who got together after work and on the weekends and had become close friends. Their sense of humor was sarcastic and mocking. Molly was a straight arrow. She had her own friends on the weekends. At work, Molly was also a stickler for rules. In her former job, that insistence on compliance had been very important for the success of the company to avoid needless law suits. She believed in following the rules and speaking plainly and honestly about problems that came up. She believed in planning and setting clear goals for the team and following through on those goals. She brought that mindset with her to this new job. Although she was hired for her skillset, which seemed perfect for this job, the workplace culture was a mismatch.

It became clear very early in her tenure at this new job that the rest of the management team and the guys in her group approached problem solving tasks in an intuitive and unstructured way. When she said: “Let’s plan each step,” she got push back. “Don’t worry so much! We’ll figure this out as we go.” When she insisted that the company follow certain guidelines and rules, she heard: “We don’t really have to do that. We didn’t do that before and nothing happened. You worry too much.” She was told she was not creative enough and not willing to look at the big picture. She knew that she was not very comfortable doing this job, and that her team was not including her socially, but she did not think that was dangerous for her career.

In a surprise move, however, she was fired.

The way she was fired was a kind of death by 1000 cuts. Everyone on the team was asked to review her anonymously. They were told to comment on her management style and ability to lead and about 25 other markers for assessment. The comments were compiled in a review that condemned her. The review seemed to be calculated to justify firing her since all of her prior reviews had been very positive.

Molly read the review at the time she was fired and was shocked and upset about what people said about her. She really thought she had been doing a good job, and at a different workplace, she probably would have been seen as a strong leader with good judgment, but with a need to learn how to say difficult things in a more nuanced way. In fact that had been her reputation at her prior job before this one.

Was she a terrible project manager? Probably not. But her communication and management style did not fit the workplace culture. Could she have delivered her requests to her team in a more effective way? Maybe. But even with the best delivery it is unlikely that that would have made the real difference. She just did not fit in. She did not meld socially with the people at work. She did not roll with the cool, casual workstyle of her team. They probably plotted to get rid of her and then “killed her off.” Office politics can be cruel.

In our counseling work together we first had to deal with the painful aftermath of this experience. Her now rock bottom self-esteem, uncertainty about her abilities, and worries about the many criticisms in her final review affected her will to search for another job. Were these criticisms fair and accurate? Should she believe them? She could barely push herself to do a job search in the beginning because she had a kind of post-traumatic stress disorder that comes with this sort of blow to the ego.

How could Molly have avoided this experience? What should anyone try to do to avoid a problem like this?

First, know yourself. If you know yourself, you can understand your needs when it comes to workplace culture. Think about your work style and the people you work with best. Take notes and make sure you remember this about yourself as you conduct your job search. Second, do your due diligence. Find people who used to work at the place you are about to join and do a confidential debriefing. These days it is often possible to locate people who have been at the workplace you are planning to join. By using LinkedIn and other online tools and social media as well as by talking with friends and hunting word of mouth for people who used to be at this workplace, you can often find excellent sources of information.

If you know your needs and you vet the workplace for your needs you can often make good educated guesses about the culture of a workplace. Beware of the workplace culture that is at odds with your needs. If you already work in a place that is a serious mismatch for you, plan your escape so that you exit on your own terms.